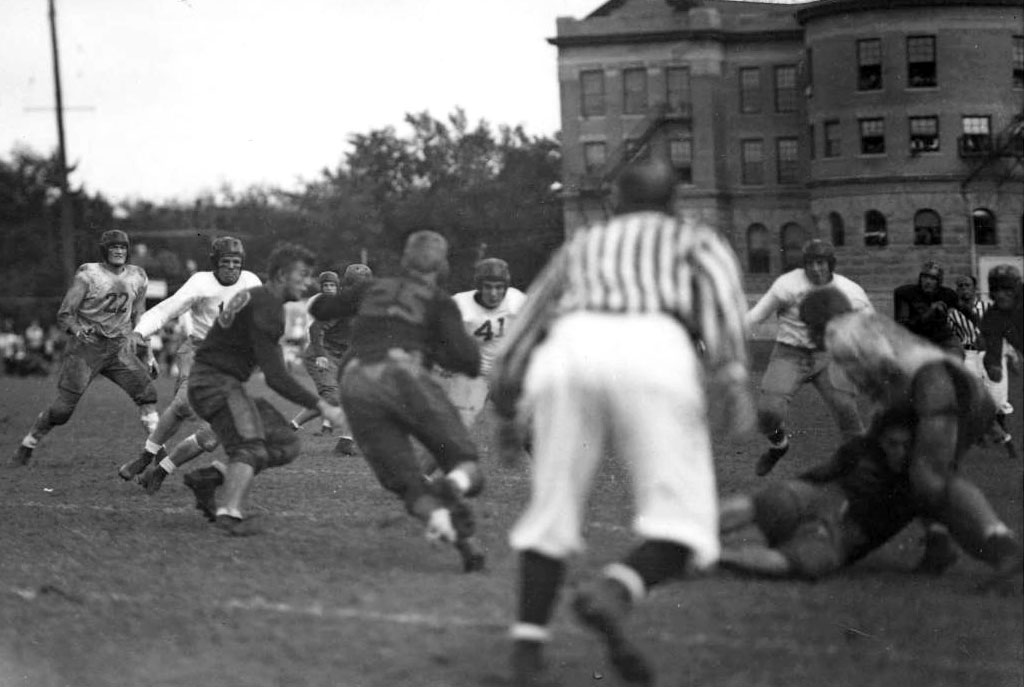 The rivalry between Baylor University and Texas Christian University (TCU) runs old and deep, with an extensive history of competition in football, baseball, and several other sports. Many people don’t know that both TCU and Baylor used to call Waco their home. TCU, then called AddRan Christian University, moved to Waco in 1895, just shy of ten years after Baylor’s arrival from Independence, Texas. And so began the competition between these crosstown rivals.

Baylor and TCU first met on the football field in 1899. The game ended in a 0-0 tie but sparked what would become one of the longest standing rivalries in college football history. In total, there were 23 football games played while both universities resided in Waco, with Baylor winning 12, TCU winning 8, and 3 ending in ties. In 1908, there was some controversy between the schools when TCU published an article in their school paper, The Skiff, accusing a Baylor football player of cheating. This helped promote the rivalry in another notable game on Thanksgiving Day 1909. Baylor proved victorious in that game, which has the distinction of being the nation’s first Homecoming football game ever, held at Baylor University. Unfortunately, the rivalry dissipated when TCU’s main academic building in Waco caught fire in 1910 and burned to the ground in a tragedy that luckily did not harm any students. In a true show of sportsmanship and partnership, Baylor University officials assisted TCU in finding housing for misplaced students and opened up labs and libraries for their use.

This truce, however, was short lived, as TCU explored options for their new campus that extended beyond the Waco city limits. Ultimately, Texas Christian University chose to move to Fort Worth after city officials offered up a generous bid and a plot of land to the University. Despite the distance, the rivalry continued.  Baylor University joined the Southwest Conference in 1914, with TCU following soon after in 1923. TCU had great success in Southwest Conference football, especially in 1938 when they brought home a National Championship and a Heisman for player Davey O’Brien, under the leadership of coach Dutch Meyer. Subsequently, by the time Grant Teaff became head coach of the Baylor football team, many feared that the football competition with TCU was fizzling out, as the Bears had lost the previous 8 consecutive games against TCU. However, with his guidance, the Bears came back to win 11 of the next 13 matches against the Horned Frogs. The two schools were Southwest Conference members together for nearly 75 years until the conference disbanded in 1996.

The dissolution of the Southwest Conference led to another point of bitterness between these rivals, as Baylor became a founding member of the Big 12 Conference. Although there were no football games between the rivals from 1996-2005, TCU proved itself to be a formidable opponent and moved between 3 different conferences, ultimately spending 6 seasons in the Mountain West Conference. There they gained national recognition with several conference titles and an undefeated regular season record in 2009. From 2006-2011, the Bears played the Frogs in non-conference football games, with TCU winning 3 of the 4 games between the two schools. The rivalry was renewed, and when Texas Christian joined the Big 12 in 2012 the overall football series record between the two was tied 50-50, with 7 ties. This close record reflects the extreme competition and similarity in athletic talent and tradition between the two schools. Neither school has a Big 12 rival that is closer than the other, with Waco and Fort Worth being a mere 86 miles apart.  This rivalry carries on today as Baylor and the Horned Frogs continue to face each other in Big 12 conference play. 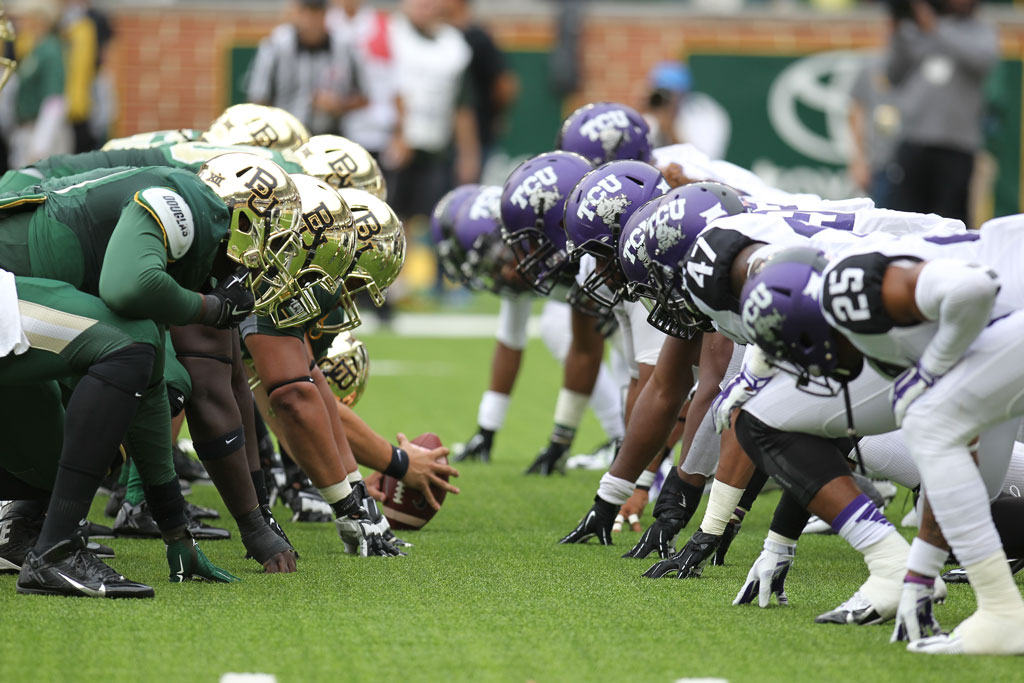